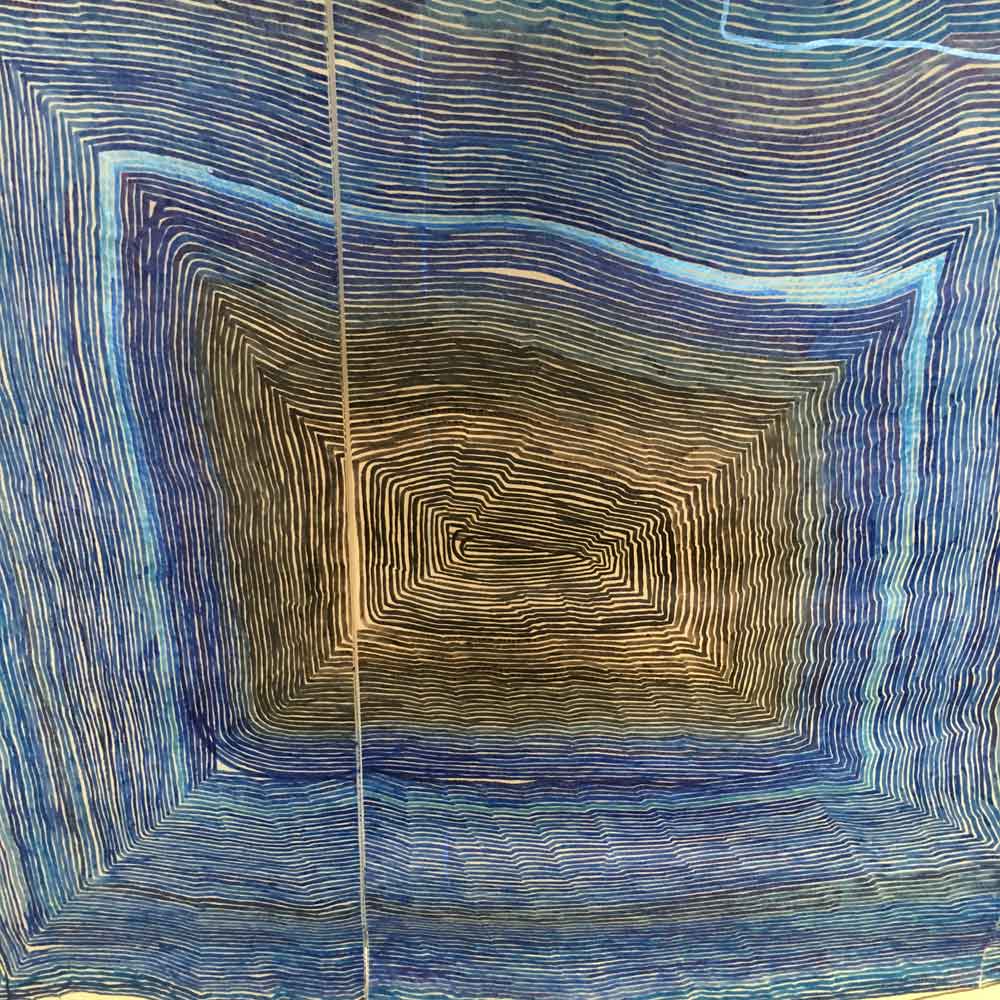 Legend: Wura-Natasha Ogunji, A series of interconnected pools (We talked about nothing for hours), 2017. ©Courtesy of the artist

For her exhibition project, Wura-Natasha Ogunji invited artists to create — like herself — new artworks in a collaborative and horizontal curatorial project. The work of these six artists is impacted by their individual histories and by the complex relationship they have with their lands, nations and territories:

ruby onyinyechi amanze, Nicole Vlado, Youmna Chlala, Lhola Amira, Mame-Diarra Niang and Wura-Natasha Ogunji present new works which explore space and site in relationship to the body, history and architecture. Their creative investigations range from the intimate (body, memory, gesture) to the epic (history, nation, the cosmos). Developed in an open dialogue between artists, their individual projects and practices intersect with ideas and questions about bravery, freedom, and experimentation as central aspects of the art-making process. In their creative practices they embrace and explore the unknown: the fissure, glitch, knot, seam, spine, crevice, fold, appearance, non-territory. amanze creates drawings on paper which bend, suspend and reach out into space. Vlado, an artist and architect, focuses on capturing the surfaces of the body, the built environment, and the spaces made between. Amira’s Appearances invoke the past and the future. Chlala considers the spine as a representation of the connection between prescience and memory. Niang’s video installations make up both new and non-territories. Ogunji’s drawings, stitched from both sides of the page, reveal an uncanny beauty on the underside. It is these fissures that become fertile ground for profound experimentation and deep respect for all that they don’t know. [WNO] 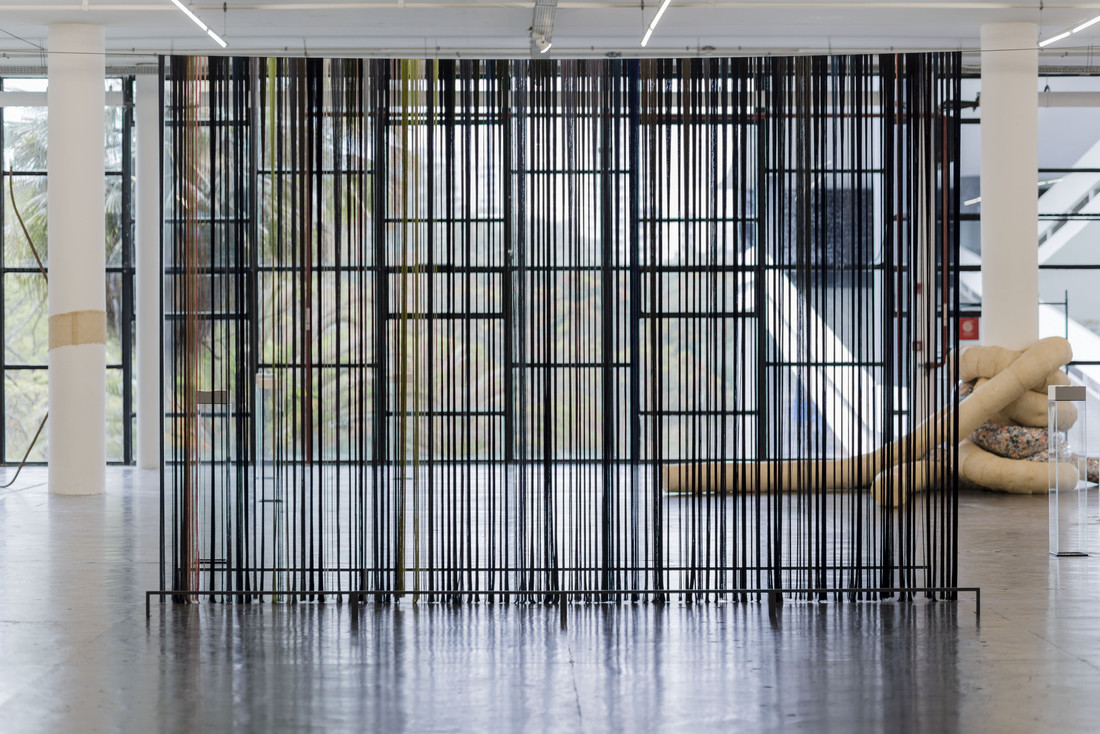 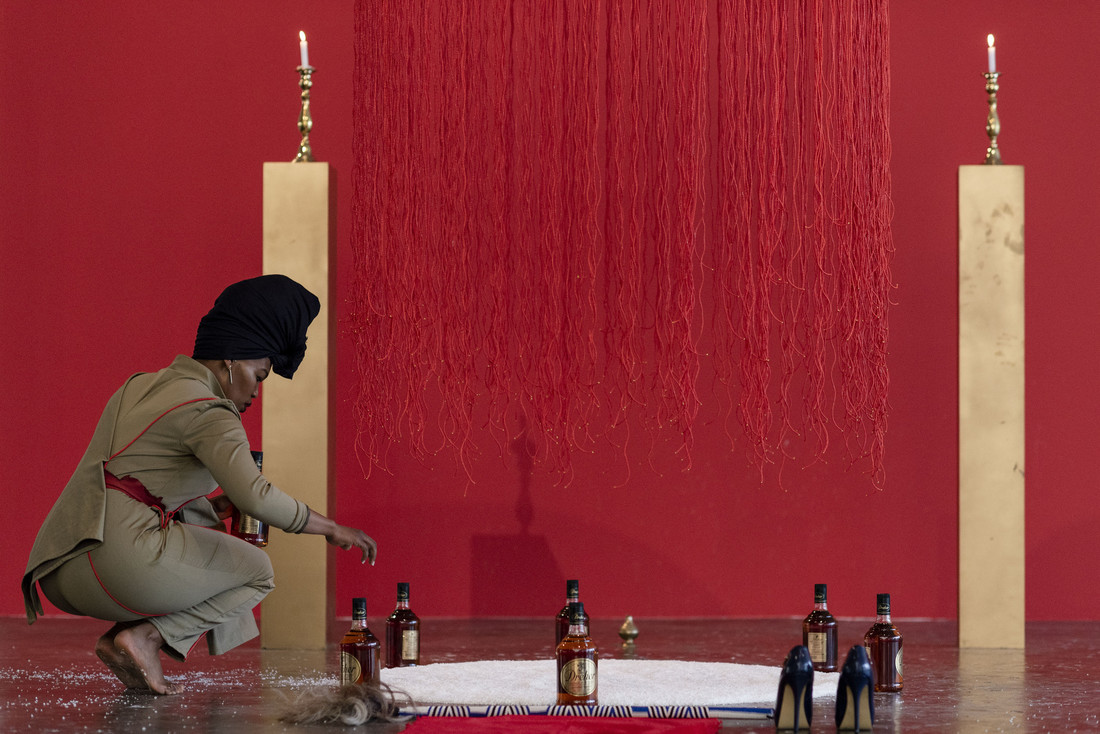 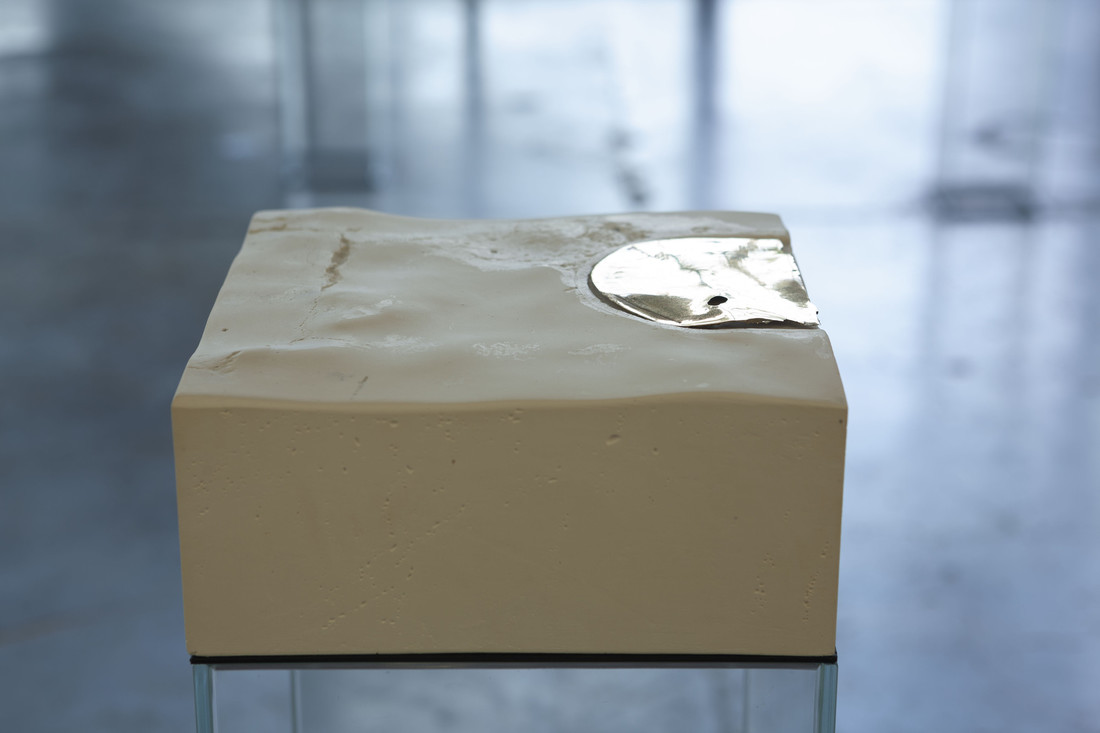 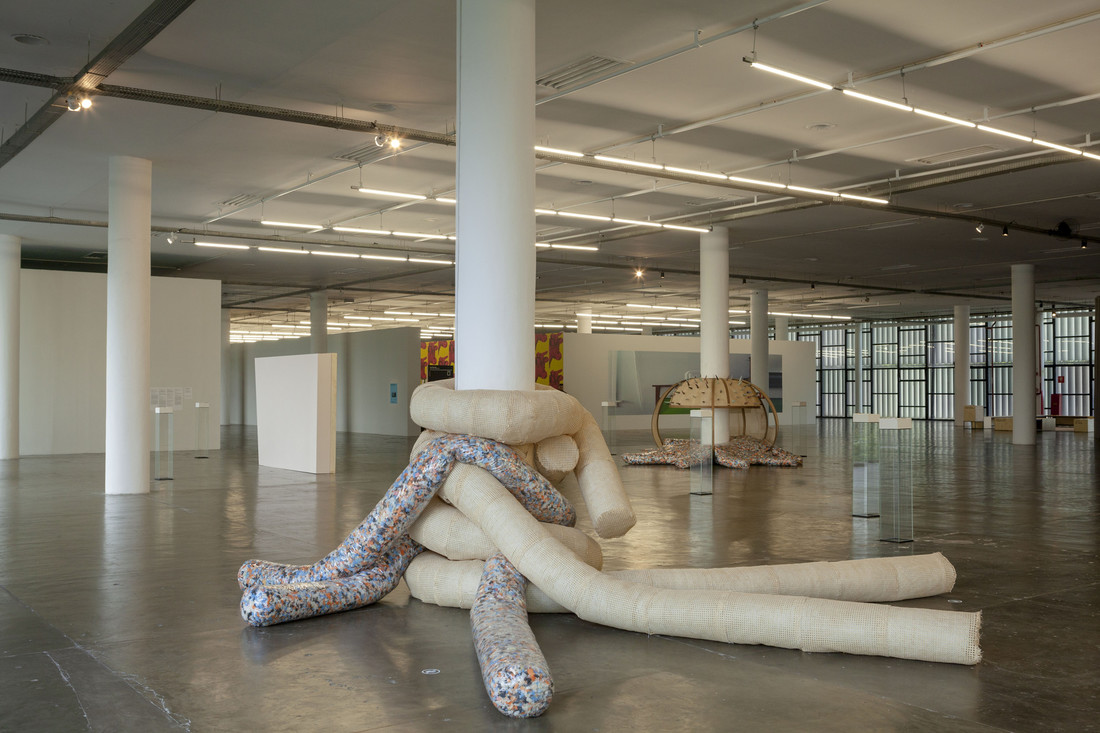 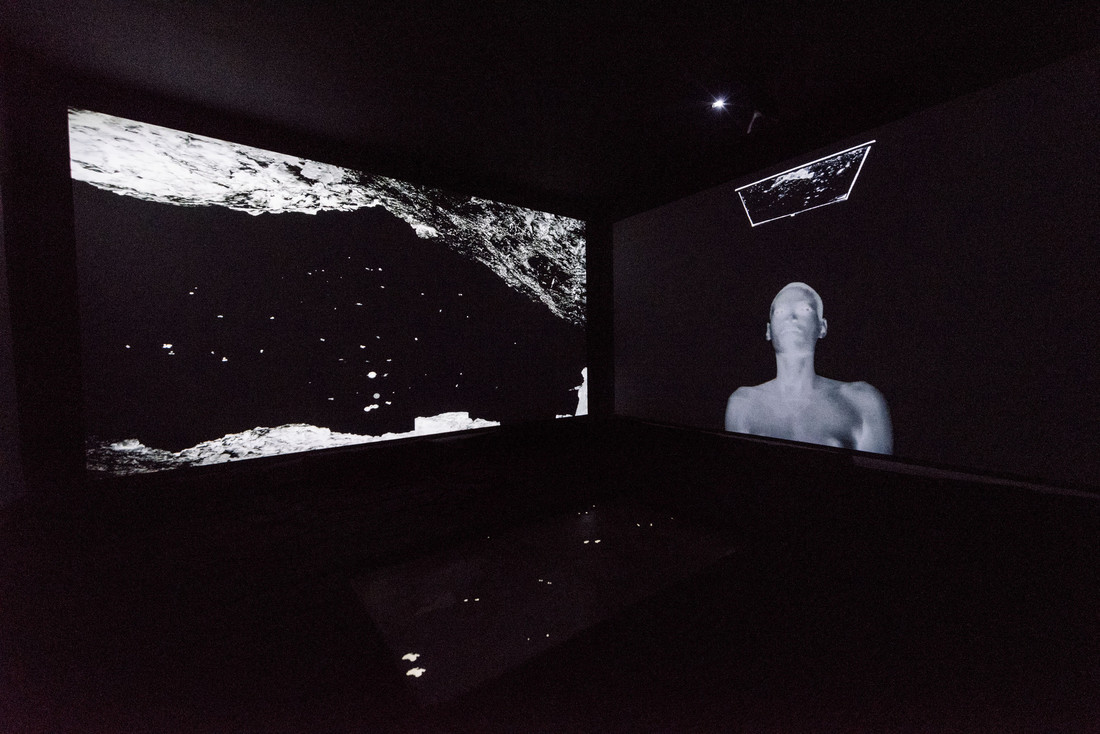 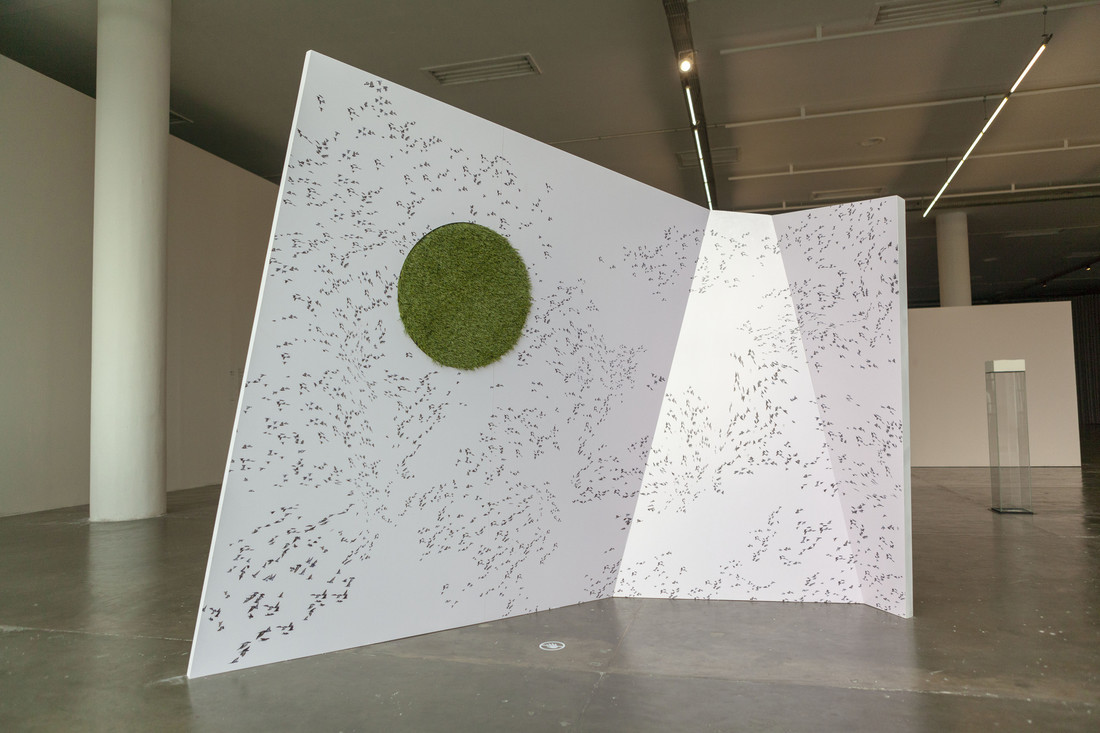